Riot Games had decided to release VALORANT  within  Summer 2020 but not fixed the release date. Roid Games released the VALORANT Beta version at starting to check the user response and to increase the server for the original version. Since the condition of the world is not so easy to increase world widely to it will take a bit time to release the full version of  VALORANT.  VALORANT is now only available in South Koria.
VALORANT is a new shooting game by the Riot Game company. A very competitive stage gaming platform. Even for the pro players, it is becoming difficult to playing with full controls. It also has some supernatural powers which can be used to make gaming more difficult and enjoyable. VALORANT needs a precise shoot to win and take high damage. It is somewhat different from other first-person shooting games. Here players can use their powers with highly operated Amos and mele weapons.  It is a 5vs5 character-based first-person game. The main slogan is creativity is your first weapon.
The main features of this valorant are it can run very smoothly on low spec computers at least 30 Frames per second and it has combine features of most popular games like Counter-Strike, League legends, Call of Duty and other most popular games for adolescent and gamers with shooting skills. 60 to 144+ FPS on modern gamings rings,  It will spread globally and aimed at <35ms for the players in cities around the world. Riot’s commitment that  VALARANT becomes an anti-cheat game from the day.
Valorant gives only 5 players to team up and fights with another 5 players. This game has almost all currently popular gaming features. This game is one of the most entertaining games because it remains us of the gaming of the past. Valorant encompasses the features of games which was very popular in the past and now on the edge of diminished. VALORANT  reminds the games like flagship title, League of Legends and other some popular games of the decade. Now it is very important to analyze that a game having a mixture of modern and past shooting games can become successful or not. The full team has to do best to win the game but personal skills and talents in the shooting should be shown. You must have to play very strategically to win and become the champion. Since VALORANT is online gaming your network must be good so that you can play without lag.

VALORANT provides all features of such games that need very high spec computer to play but in like a beta version. It does not give the real feelings like in high-end graphics games. VALORANT is a game for some bold and strong-minded players who have to beat someone with the speed of the wind. VAlORANT is a game for bold strategists who dare to make the unexpected moves to defeat the opponents and only can win.

Valorant is a free to play shooter that you can download for free and is supported by skins and cosmetic items but not available for all regions for now. The Valorantrelease date is summer 2020 which is the first game that bears no connection with League of Legends. Valorant is the game of 2020 which has a high possibility to become viral enough which can defeat some popular shooting games for now. Valorant gives a good experience with a new type of creativity. Joe Ziegler , the game director on Valorant said, “We wanted to discover how to bring this feeling to a new era of gaming, to a more experienced audience of players, the players of 2020, and incorporate the creativity they can bring to such an experience”. He is also telling that “This, we felt like, could be a great new experience — and still do.”

The designing team of Valorant are very happy to share this first-person shooting game for youths. All shooting gaming players must have a good dare and satisfying reaction to become a good player.

The Valorant Beta version went on live on 7 April of 2020.

All shooting can give players such enjoyment but designing team of VALORANT has included a special feature that is the ability to add supernatural powers. It needs very dare and calm to do such type of hard word for such features. It makes the players impressive with gunplay and supernatural powers. It facilitates forming an international level tournament that can be played in front of millions of viewers or to a low-level player playing at home they both need a massive impressive gaming experience. Valorant provides you very good looking and stylish characters which are really impressive to play. The visuals and the graphics are much better even can be played in low spec computers.

It is likely to be known that VALORANT closely resembles the current king of the first-person shooting game that is Counter-Strike: Global Offensive. It is leaving that Valorant will not change the popularity of Counter-Strike. This game will uplift the scene of easport games series.

That said, VALORANT could be Counter-Strike’s best challenger yet. Riot Games has launched just one successful esport, League of Legends, but that esport is that the biggest within the world. League of Legends and Riot have climbed hills Counter-Strike hasn’t been ready to , like penetrating the Asian player base market and franchising during a system that convinced several billionaires to open their pocketbooks within us, Europe and China. Meanwhile, much of Counter-Strike’s success has been on the rear of third-party organizers and community creators. 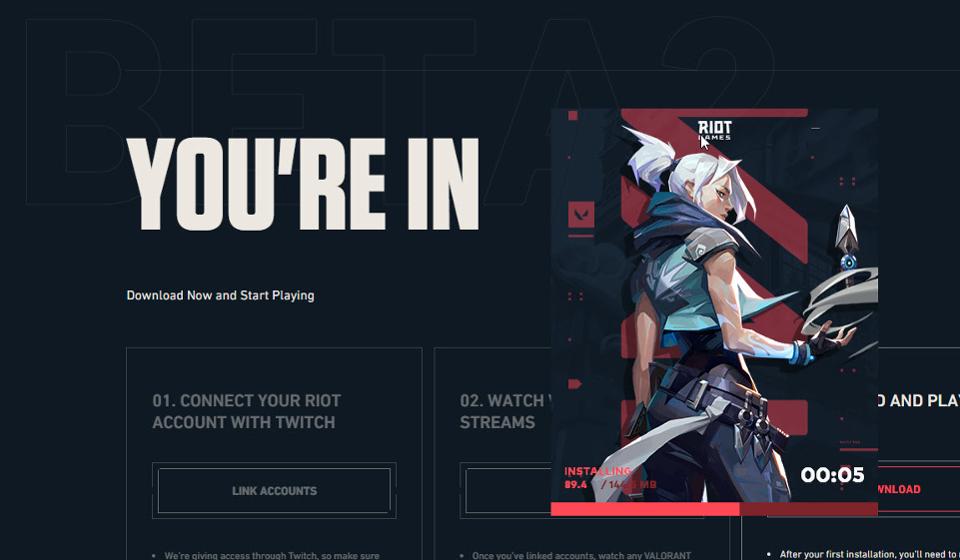 From the variability of guns to the economy system wont to buy them, the similarities between the 2 games are ample. That base gameplay, though, is simply the springboard for what makes VALORANT what it’s . the manufacturers wanted to recreate the right shooter from their youth but also break the genre open, combining the pure gunplay and tactics of Counter-Strike with a dose of Riot creativity to require the sport further. this is often where VALORANT’S agents, the specialized characters with their own equipable abilities and powers, inherit play. The addition of character selections allows players to require the old-school gameplay and switch it on its head with double jumps, artillery airstrikes and bendable walls of fireside.

Riot Games wanted to travel beyond its usual borders indifferently with VALORANT, too. Unlike their flagship League of Legends, which is about during a high-fantasy-like world with demons, wizards and monsters coming from fictional lands, VALORANT takes place in an alternate universe to our own, with the varied operatives within the game coming from countries like US, Morocco, and South Korea. the sport is geared at a worldwide audience, from its style to its beats.

The inspirations for the design and feel of the sport included popular culture items like fashion lookbooks, Adidas World Cup ads, graffiti and modern poster art. For a game that hopes to become as internationally relevant as League of Legends, the VALORANT team has taken all the required steps to form this game appeal to a worldwide audience. Although it’d lack the ultra-high graphics of a series like Call of Duty, VALORANT makes up for what it lacks in fidelity with style and attitude, allowing the player base to enjoy a competitive-oriented game to a high level with minimal lag from graphics stuttering. At its core, VALORANT may be a billet-doux from its developers to the shooting games that shaped their childhoods, with an ingenious twist to permit the longer term generation of gamers to make long-lasting memories.

Hoping this VALORANT first-person shooting game will change the genre of shooting games with the special features of the supernatural powers of the characters. After the successful launching of the Beta version of VALORANT we can be confident that another version will also be the popular amount the players.